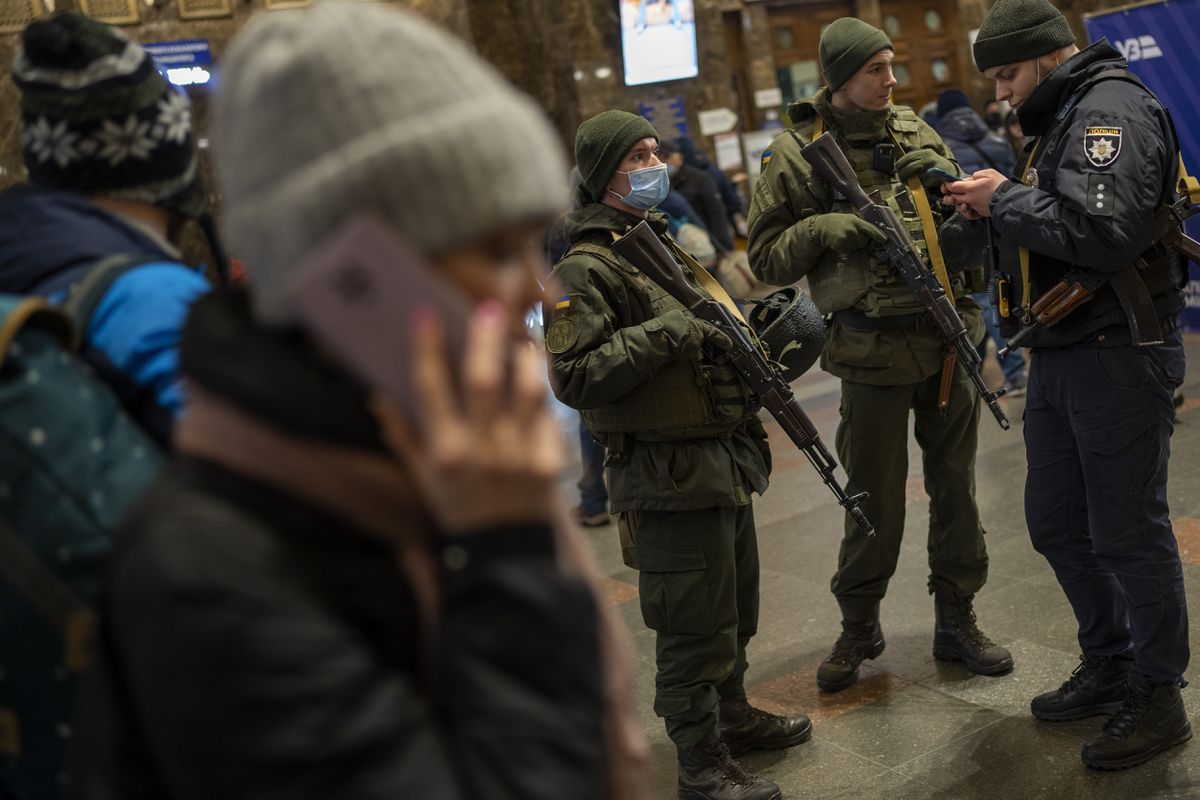 Business leaders in the Ukrainian-Canadian community say they are extremely concerned for the safety of their friends and employees in Ukraine after Russia invaded the country on Thursday.

Zenon Potichny, president of the Canada-Ukraine Chamber of Commerce, which represents more than 200 companies doing business in the two countries, said the situation on the ground is very serious.

He said he hoped all of Canada would stand with the Ukrainian people, especially since more than a million Canadians are of Ukrainian descent.

Mr. Potichny is the chairman of Zhoda Petroleum, a company invested in two oil projects in Ukraine. The company lost control of one such project, an offshore drilling operation in the Black Sea, after Russia annexed the Crimean peninsula in 2014. He said his company was still seeking ownership of the project before international courts.

Production at the other, an oil field in Lelyaki in central Ukraine, was halted on Thursday due to the dangers of rocket attacks or tanks driving through the area, he said.

The company also has a dozen employees in Kiev, who refuel at home.

“We asked if, maybe, we could help them,” Mr Potichny said. “Maybe we can help them, move them at least to western Ukraine or that area, but at this point they have actually decided to stay with their families in Kyiv.”

Borys Wrzesnewskyj, a former Liberal MP and owner of Future Bakery, a chain of bakeries in Toronto, said he was worried about the unfolding humanitarian disaster. He said the large size and well-organized nature of Canada’s Ukrainian community means that this country can safely accommodate large numbers of refugees, if needed.

“Our ability to absorb and bring Ukrainian refugees into our communities, into our homes, we have the ability to do that on a very large scale,” he said.

Moreover, he expressed concern about the living conditions and food supply in other countries that depend on Ukrainian agricultural experts. He pointed to Lebanon, which is going through its own humanitarian disaster and depends on Ukrainian food for nearly half of its population’s calorie intake. Yemen and Libya are two other countries that rely heavily on Ukrainian grain exports, and a shortage of these products could lead to dangerous spikes in food prices.

As a prominent member of Toronto’s Ukrainian community, Mr. Wrzesnewskyj has experienced his own share of aggression. A location of the bakery, founded by his grandparents, was vandalized with pro-Russian graffiti earlier this month.

“It was more than an attempt at vandalism,” Mr Wrzesnewskyj said. “It was an attempt at intimidation. … The spray painted message was hateful and clear in what it said.

However, he said he did not believe the attack was a reflection of the Russian-Canadian community as a whole, but only of certain people who had been influenced by Mr. Putin’s government propaganda.

Mr Wrzesnewskyj also said he hoped Western countries would impose a full economic embargo on Russia and ensure that Mr Putin could not funnel funds through other third countries. He also urged the Canadian government to revoke the national broadcast license of RT, a Russian state-controlled television network.

As Ukrainian-Canadian organizations begin to organize fundraisers, some community members are rushing to send money directly to loved ones.

Taras Pidzamecky, managing director of the Ukrainian Credit Union Ltd., a Canadian credit union that serves members of the Ukrainian community, said he has seen a sudden increase in the number of members wanting to transfer money to their families at home. ‘foreigner.

He said the credit union was trying to quickly check the state of the banking system in Ukraine, but it was still unclear what was working.

“We just want to be careful, for example, that someone doesn’t try to send money and they get stuck somewhere because there’s nowhere to land or there was a disturbance on the other end,” he said.

Your time is precious. Receive the Top Business Headlines newsletter in your inbox morning or evening. register today.