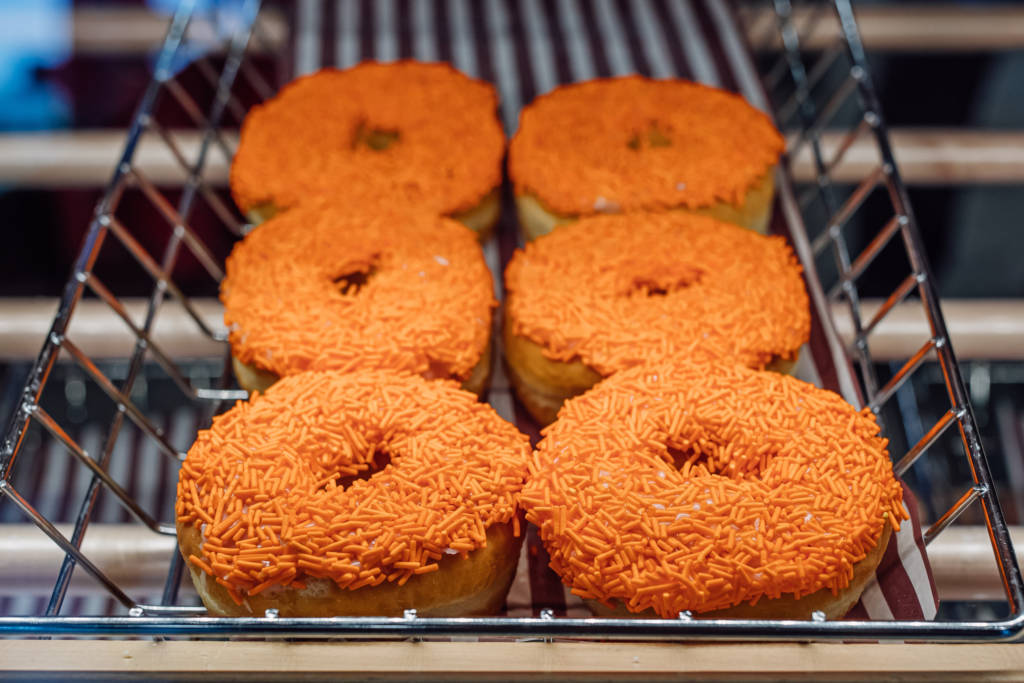 Tim Hortons and its 1,500 restaurant owners across Canada have announced that the Orange Sprinkle Donut fundraising campaign in support of Indigenous charities is back on September 30.

Over one million Orange Sprinkle donuts were sold and more than $1.6 million was raised during last year’s fundraising campaign for residential school survivors.

The idea for the Orange Sprinkle Donut campaign was born last year after the discovery of unmarked graves on the grounds of the former boarding school in Kamloops, British Columbia. A Tim Hortons restaurant co-owned by Shane Gottfriedson and Joe Quewezance is located a short distance from the site. of the former boarding school and became an impromptu gathering place for people who visited the site to pay their respects.

Gottfriedson, Quewezance and several other Tim Hortons Indigenous restaurant owners were part of a task force guiding the launch of the Orange Sprinkle Donut fundraising campaign.

“We’re both intergenerational residential school survivors, so this really touched us,” said Gottfriedson, former Chief of Tk’emlups te Secwepemc First Nation and former British Columbia Regional Chief for the Assembly of First Nations. “When we heard the amount of money that was finally raised, it gave us a huge sense of accomplishment. The Orange Sprinkle Donut, I believe, will create a better quality of life for many of our families and many of our communities.

“I also want to thank Tim Hortons and my fellow Tims Restaurant Owners across Canada who stood with us at the launch of this campaign and are supporting the cause again this year,” added Quewezance.

“Last year it was really important to hear from them straight away, they asked what the brand could do at that time and that’s where the Orange Sprinkle Donut came in. We’ve opened the door here for everyone to find a way to help.

Orange Shirt Day has been celebrated on September 30 since 2013, when Phyllis Webstad told the story of her first day at residential school. She was six years old in 1973, excited to wear her new clothes and go to school for the first time, only to have her shiny new orange shirt ripped off and told she didn’t matter. Her organization, the Orange Shirt Society, and the Every Child Matters movement she created continue to raise awareness of the history of residential schools in Canada, while honoring survivors and their families, as well as children. who never returned home. Last year, the federal government also designated September 30 as the National Day of Truth and Reconciliation.

“Tim Hortons helps start important conversations with the Orange Donut,” Webstad said. “We can’t cure what we don’t talk about, and I hope the campaign will help spark many conversations across Canada on September 30th.

The Indian Residential School Survivors Society has provided services to residential school survivors, their families, and those experiencing intergenerational trauma for over 20 years. One of the Society’s goals is to continually expand support to partner organizations and maximize access to culturally sensitive, emotional, mental, physical and spiritual care.

“The Orange Sprinkle Donut campaign helps us deliver better services to the communities that need them most. The support from Canadians last year has been incredible, we have never received such a large donation from an organization,” said Rick Aleck, co-chair of the Indian Residential School Survivor Society.

Founded in 2010 and resulting from a regional strategy driven by First Nations chiefs to fight against poverty and social exclusion, the New Pathways Foundation works for the future and the well-being of First Nations youth in Quebec.

“We thank Tim Hortons for partnering with us on their impactful Orange Sprinkle Donut campaign and helping spark conversations about Indigenous history and why we commemorate September 30,” said Marie-Claude Cleary, Director General of the New Pathways Foundation.