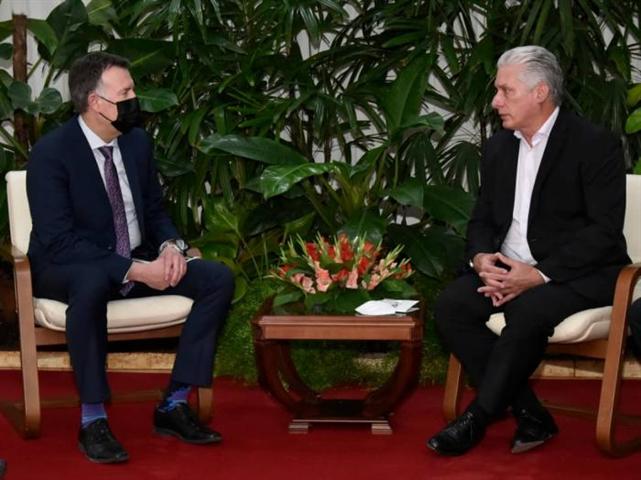 According to a report on the evening news, the two sides discussed possibilities of deepening the company’s participation in the economic development of the island.

The cooperation could occur mainly in activities such as mining, oil exploration and power generation, even amid the tightening US blockade against the Caribbean nation.

The meeting at the Palace of the Revolution was also attended by Cuban Deputy Prime Minister Ramiro Valdés, as well as Ministers of Foreign Trade and Investment, Rodrigo Malmierca, and of Energy and Mines, Liván Arronte.

Currently, the Canadian firm, which has been doing business with Cuba since 1994, is in the process of renewing and expanding its assets to meet the challenge of using less fossil fuels.

“A speed measurement is necessary. The intention is to get the most out of production and expansion before our debt matures,” Binedell told the economics agency Bloomberg recently.

According to this media, the North American company has announced a greater investment in Cuba to increase the production of nickel and cobalt, minerals essential for the production of more powerful and durable batteries.