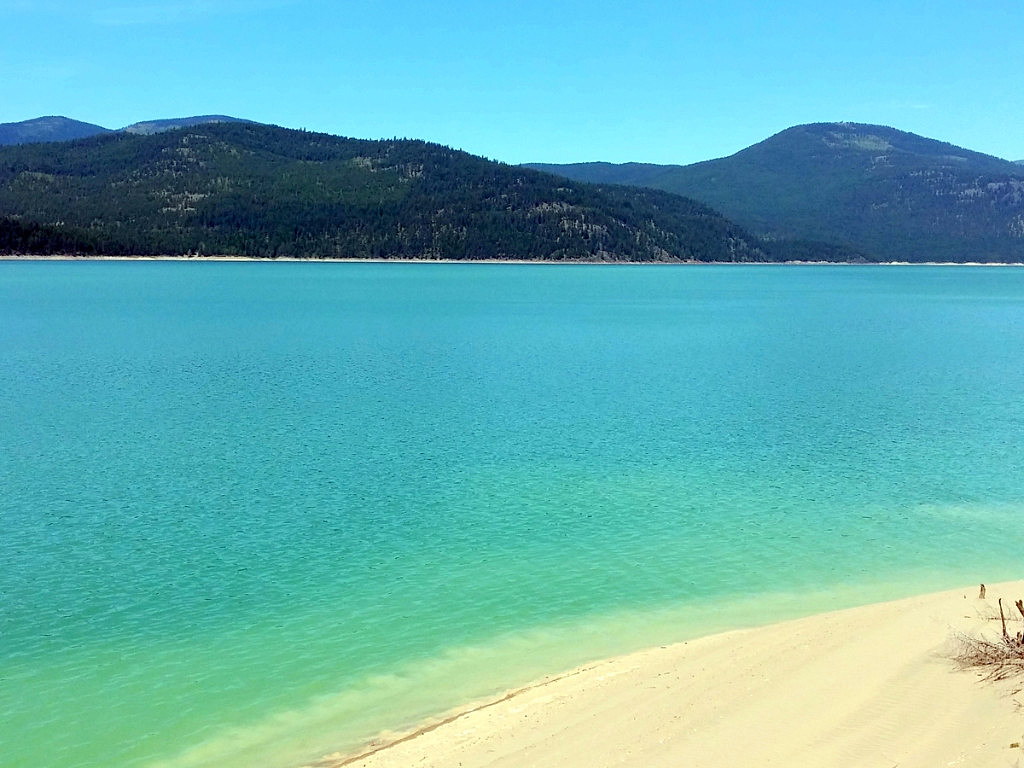 Representatives of a Canadian mining company may have taken questionable steps to influence a legislative committee studying selenium pollution in Lake Koocanusa.

On Monday, Montana lawmakers heard testimony from several federal, state and tribal officials about their participation in the multi-year effort that led to the development of Montana’s water standards for selenium in Lake Koocanusa, located in north of Libby.

However, lawyers for Teck Resources, a Canadian coal mining company, brought in their selenium expert to question the scientific model used by the Department of Environmental Quality to develop the standards for the State. The committee also received a summary of Friday’s meeting of the DEQ’s Environmental Review Panel which turned out to have been written by one of Teck’s attorneys instead of a more impartial prosecutor.

Similar to the Montana Fish, Wildlife and Park and its commission, the Board of Environmental Review is a citizens’ commission that oversees the actions of the DEQ. The Council had a Friday meeting where he addressed the issue of Lake Koocanusa selenium standards, at the request of Teck Coal Limited, a subsidiary of Teck.

Katherine Orr of the Attorney General’s Office said she was ill and could not attend Friday’s meeting as she normally does. The Board voted against the selenium rule 5-2, saying the rule was stricter than federal guidelines. Orr said she wasn’t there to let the board know if it had overstepped its bounds, nor could she attest to Friday’s meeting summary because she hadn’t written it down.

Senator Jill Cohenaur, D-East Helena, pointed out that the summary had no attribution.

“I’m pretty worried about that,” Cohenaur said. “We should ensure that the official documentation is presented to this committee. It is difficult to look at this and to know if our committee should ask other questions.

Chairman Walt Sales, R-Manhattan, said Rep. Steve Gunderson, R-Libby, contacted him about the board vote, but no summary was available. Teck attorney and lobbyist Jon Metropoulos provided the summary to Sales on Sunday.

“I watched the entirety (of the meeting) on ​​Friday and am working closely with Vicky Marquis, who was representing Teck. Watching it, I realized Katherine Orr was sick and not there. And I also realized that this committee would want to know what the (Council) decided,” Metropoulos said.
Metropoulos is no stranger to contentious water issues in western Montana. He was a prominent opponent of the Salish-Kootenai Confederate Pact in the Legislative Assembly and tabled several trial pitting a Flathead Irrigation Commission against the CSKT before the Commission voted to replace him in 2014.

Sales said he wasn’t trying to be elusive by providing Metropoulos’ summary. He wanted the committee to have all the information it could get, because it needs to have its study completed by April. The study was mandated by Joint House Resolution 37, which Gunderson introduced in the final weeks of the 2021 session.

Earlier in the meeting, Teck’s attorney, Vicky Marquis, called University of California selenium modeler Samuel Louma, who consults for Teck, to provide evidence regarding the DEQ standard. Although John Kilpatrick of the US Geological Society said the DEQ used a computer model developed by the USGS for selenium from San Francisco Bay, Louma said he built the model.

He said the DEQ scientists had not calibrated the model correctly, so one of the criteria – bioavailability – was higher than it should have been, which produced a lower number. for the selenium limit. Where the DEQ model indicated a water concentration limit of 0.8 micrograms per liter, Louma’s calibration produced a range of 1 to 3 micrograms per liter.

“The purpose of the model is to give the department a range of choices that match the science that describes that site-specific environment. The range would have been higher if the model had been carefully calibrated,” Louma said.

DEQ researcher Myla Kelly said Louma did not provide any recommendations to the technical committee or any criticisms during DEQ’s public comment periods.

“The majority of experts on the selenium technical subcommittee weighed in on that 60 percent bioavailability and agreed that was the appropriate level of caution to use,” Kelly said. “We would be happy to give a written response. This is the first time we’ve heard of the 30% usage. »

About eight years ago, biologists and heads of state became concerned about selenium-contaminated water flowing into Lake Koocanusa after sampling showed selenium levels were rising in seven species of fish. The selenium came mainly from the Elk River in Canada, a stream that runs through the Bow Valley where Teck operates three coal mines and plans to open another soon.

A year ago, after six years of cross-border research and public process, the State of Montana and the EPA approved selenium limits strict enough to protect aquatic species in the Lake and Kootenai River downstream. Yet over the past year, the standards have met with the same resistance as before they were passed, mostly from mining interests and Republican lawmakers in northwest Montana, even though no Montana mine is affected.

Specifically, they object to the DEQ concentration limit of 0.8 micrograms of selenium per liter for the lake above Libby Dam. The lake’s current concentration of 1 microgram per liter already exceeds that, while water samples from the Elk River have been measured at eight times that concentration. It can go even higher if Teck adds another mine.

In November, the province of British Columbia finally proposed a selenium standard of 0.85 micrograms per liter for the Canadian portion of Lake Koocanusa.

The concentration in Lake Koocanusa may need to be low to protect what is downstream. In the Kootenai River, the Idaho DEQ listed the Kootenai River from the Montana border to Moyie Springs above Bonner’s Ferry as impaired for selenium, IDEQ Administrator Mary Anne Nelson said.

Although selenium concentrations in the lake don’t change much, changes in flow from Libby Dam can cause selenium to fluctuate significantly in the Kootenai River, said Kootenai fisheries biologist Genny Hoyle, who served on the deputy technical committee.

Sean Young, director of the Kootenai Tribe Fish and Wildlife Program, said selenium affects the reproductive organs and eggs of fish the most. So if the selenium concentration is above the limit, no fish will reach the point where they are old or big enough to see there is a problem. The only clue is the decline in fish populations.

Sales said the committee would wait to see what decisions the interim water policy committee makes before deciding whether to meet again.

The Cuban president received the director of the Canadian company Sherritt