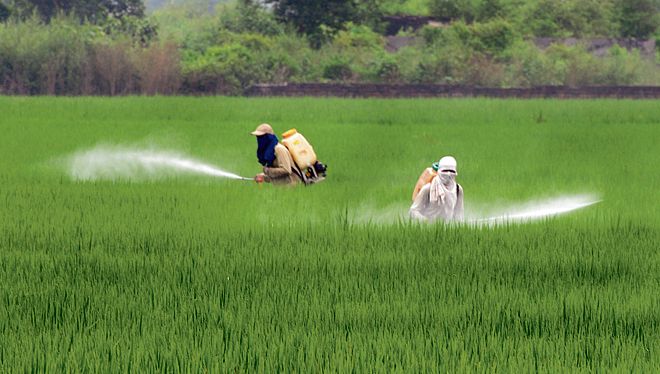 Ahead of the upcoming harvest season, Indian fertilizer companies have signed a Memorandum of Understanding with Canpotex, Canada, for the long-term availability of fertilizer for the farming community.

Canpotex is one of the largest potash suppliers in the world.

Under the agreement, Canpotex will supply up to 15 LMT of potash per year for three years.

Canpotex, Canada exports approximately 130 LMT of this product each year.

Union Chemicals and Fertilizers Minister Mansukh Mandaviya hailed the MoU as a “game-changing” move, saying the deal will “reduce both supply and price volatility and will ensure a long-term stable supply of potash fertilizer in India”. He added that it would also ensure the country’s food security.

The agreement is for the supply of MOP (Muriate of Potash) to Indian farmers.

Potash, which is a source of potassium, is used both for direct application as MOP and in combination with N and P nutrients in NPK fertilizers.

India covers 100% of its potash needs through imports. The country imports about 40 LMT MOP per year.

The Union government has encouraged the domestic fertilizer industry to establish supply links through long-term partnerships with resource-rich countries.

Given India’s heavy dependence on imports of raw materials and mineral fertilizers, these partnerships ensure the availability of fertilizers and raw materials over a given period and also provide price stability in volatile market conditions.

The global crisis caused by Covid and Russia’s aggression against Ukraine would have disrupted and exposed the current balance of global supply and demand.

Regarding India, the icy relationship with China is an additional reason for the country to protect its supply chain as agriculture is the bedrock of its socio-economic structure.

Mandaviya said the Union government was working on long-term memorandums of understanding for potash and other fertilizers with several countries, including Russia and Israel.

To reduce dependence on imports, the Department of Fertilizer included potash derived from molasses in the nutrient-based subsidy system to support domestic sources of potash.

Similar initiatives have been taken by the fertilizer industry to produce potash from spent lye.