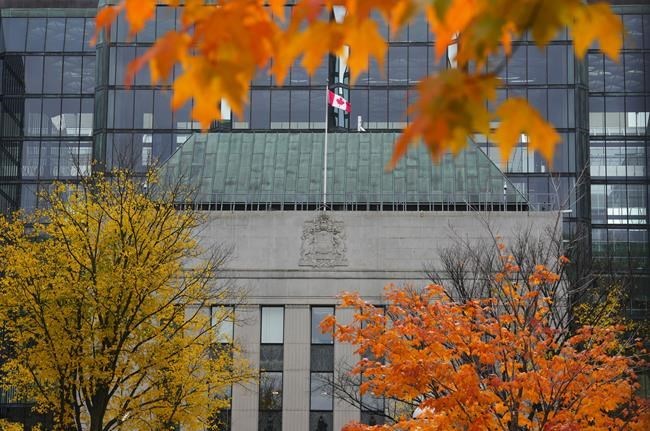 TORONTO — Five things to watch in Canadian business over the coming week: Rate announcement The Bank of Canada will release its latest interest rate decision and monetary policy report on Wednesday.

The Bank of Canada will release its latest interest rate decision and monetary policy report on Wednesday. The central bank is widely expected to raise its key interest rate target as it continues its fight to control inflation, but forecasters differ on the extent of the increase.

Shopify Inc. will release its third quarter financial results before markets open Thursday and will hold a conference call with investors and analysts. The company, which posted a loss of $1.2 billion in the second quarter, laid off about 10% of its staff earlier this year as the number of online purchases fell short of its expectations.

Teck Resources Ltd. will release its third-quarter results before markets open Thursday and hold a conference call with investors and analysts. The miner said earlier this month that its third-quarter steelmaking coal sales were 5.6 million tonnes, within its revised forecast of 5.5 to 5.9 million tonnes. Its realized steelmaking coal price during the quarter averaged US$304 per tonne.