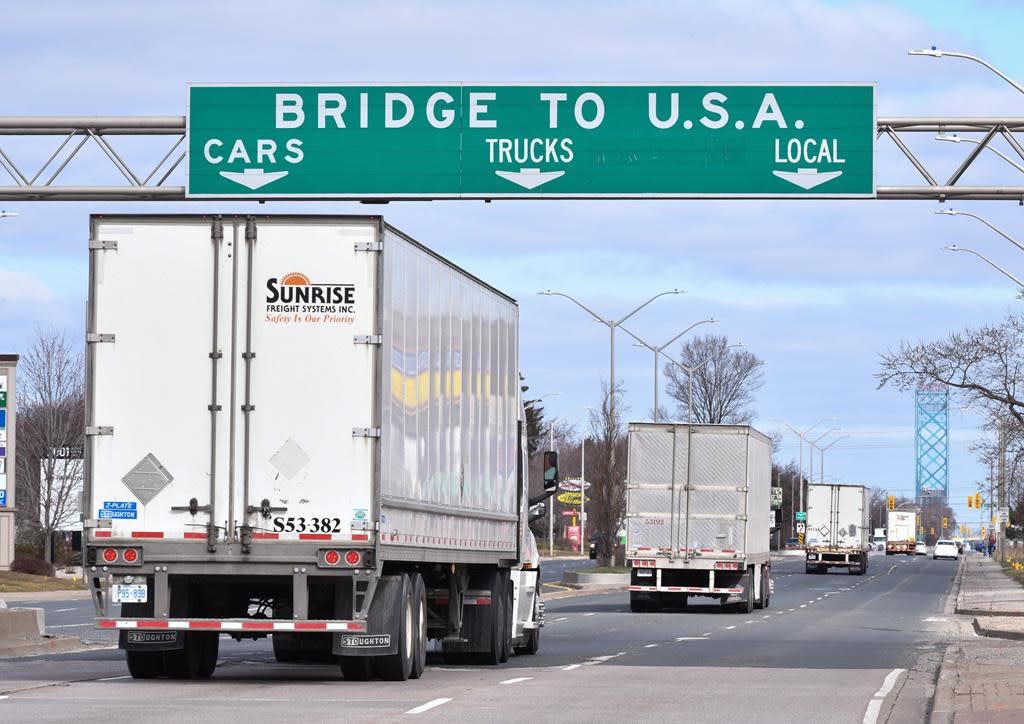 Economists, manufacturers and retailers will be watching the fallout from Ottawa’s vaccination mandate for truckers entering Canada from the United States, which took effect Jan. 15. Critics have suggested the requirement could lead to bottlenecks and potential price hikes for the flow of goods across the border.

The Bank of Canada is expected to release its Business Outlook Survey and Canadian Consumer Expectations Survey on Monday. The survey comes ahead of the central bank’s rate decision and monetary policy report on Jan. 26.

Statistics Canada is expected to release several indicators of the state of the economy in November ahead of the spike in COVID-19 cases fueled by Omicron. The agency will release its monthly manufacturing survey figures on Monday, wholesale trade on Wednesday and retail sales on Friday, all for November.

This report from The Canadian Press was first published on January 16, 2022.