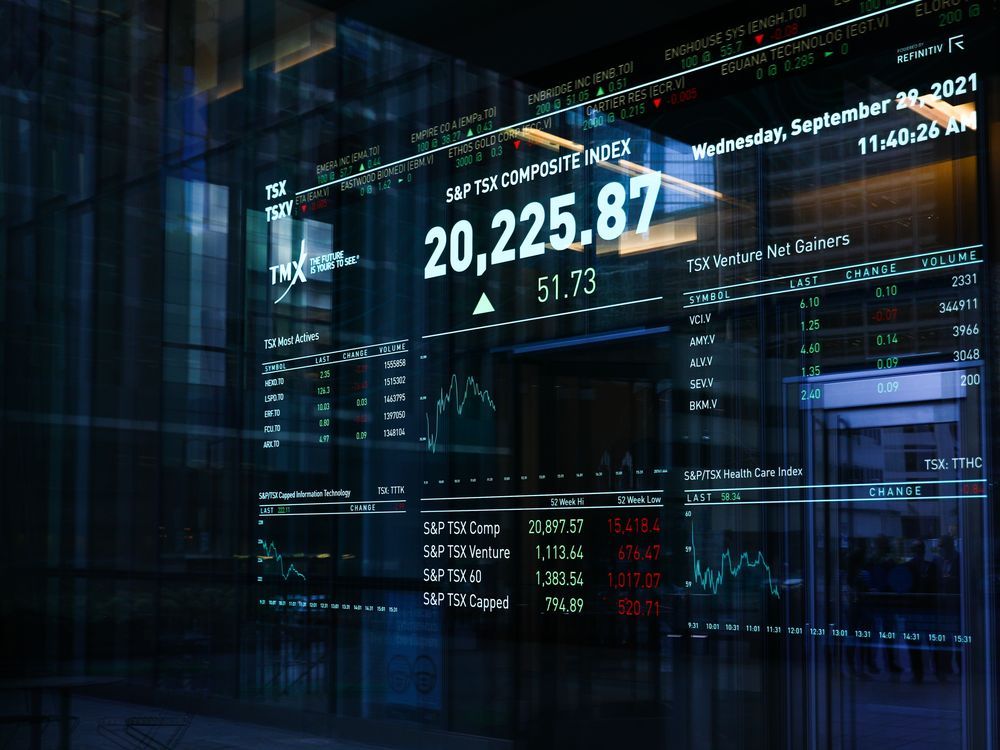 The Toronto Stock Exchange is closed to trading on Monday due to the Ontario statutory holiday. As it is not a holiday in the United States, New York markets will be open for business.

Oil and gas companies have seen their profits boosted by soaring commodity prices linked to Russia’s invasion of Ukraine. The busy earnings season for the energy and resources sector continues with Nutrien on Wednesday, Suncor on Thursday night and Pembina and TransAlta on Friday.

A new month means Canadian real estate boards will release new data at a time when the market is cooling as the slower summer season combines with higher interest rates. Expect to see June sales and listings data from Montreal and Vancouver on Wednesday, with Toronto numbers arriving Thursday.

Bell Canada’s parent company, BCE Inc., released its second-quarter results on Thursday. It is the second major telecommunications company to report, after Rogers Communications last week reported an increase in profits and sales, with wireless revenue rising by double digits. Industry watchers will be interested in any comments on plans to coordinate 911 service among wireless service providers after Rogers’ massive July 8 outage.

Statistics Canada will release the results of its July Labor Force Survey on Friday as the job market remains tight across the country. The May report showed the economy lost 43,000 jobs in the month as the unemployment rate fell to 4.9%, the lowest rate among data dating back to 1976.

This report from The Canadian Press was first published on July 31, 2022.

What is the price of illegally collecting your location data? Canadian company offers free coffee and dessert