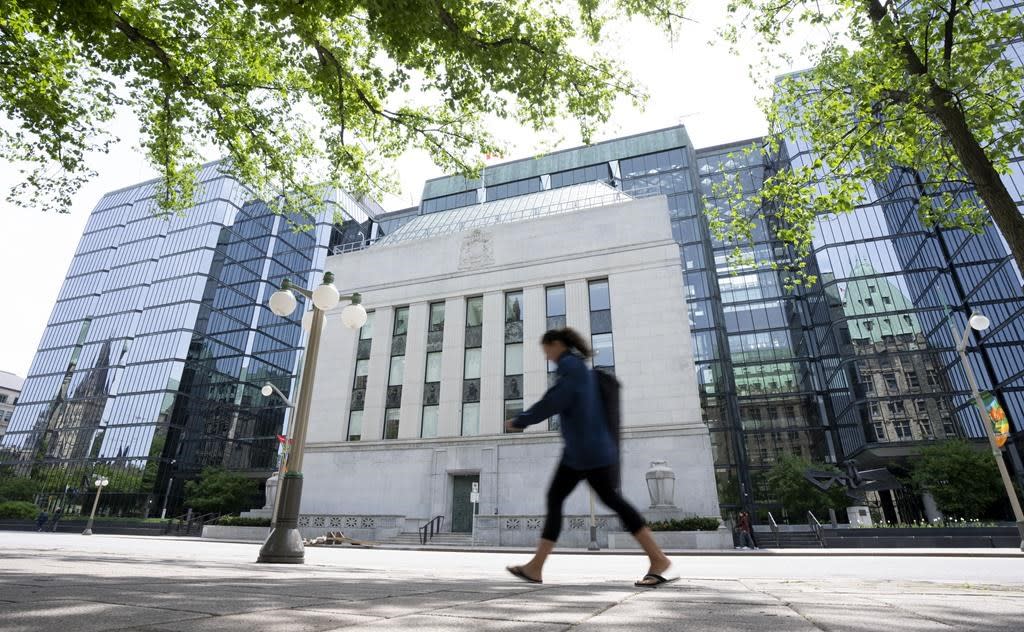 The Bank of Canada will make its interest rate announcement on Wednesday and release its monetary policy report, which will include its updated outlook for the economy. Economists generally expect the central bank to raise its key rate by three-quarters of a percentage point in an effort to curb inflation.

Suncor Energy Inc. will provide an update on its oil sands operations on Wednesday. The company came under fire earlier this year from US activist investor Elliott Investment Management, which has a history of targeting large companies it sees as underperforming.

Cogeco inc. and Cogeco Communications Inc. will release their third-quarter results after financial markets close on Wednesday and hold a conference call with analysts on Thursday morning. Cogeco Inc. announced that its net profit increased by nearly 8% in the second quarter thanks to an increase in its revenues.

Statistics Canada will release its monthly manufacturing survey for May on Thursday, followed by its wholesale trade figures on Friday. The data comes after the agency released a preliminary estimate last month that indicated gross domestic product contracted in May.

The Canadian Real Estate Association is expected to release home sales figures for the month of June on Friday. Home sales in May were down nearly 22% from a year earlier.

This report from The Canadian Press was first published on July 10, 2022.

How to make air travel better for the planet

Ownership of QDOBA was a matter of fate