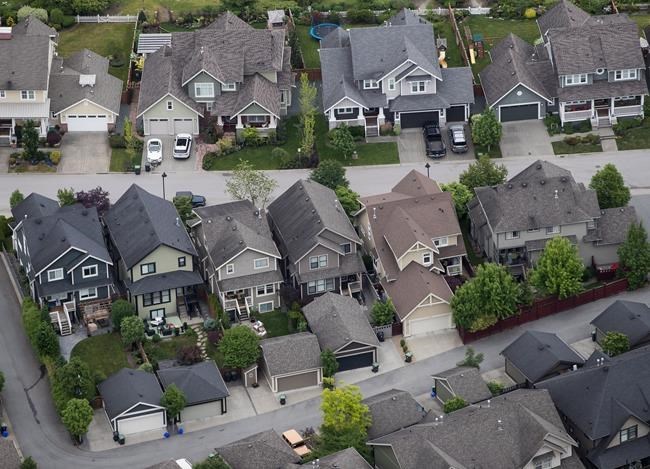 Clothing retailer Roots Corp. will release its first-quarter results on Tuesday. The Toronto-based company just ended the year strong with net profit up 47% to $18.1 million in the fourth quarter, while revenue rose 22% to $121.3 million. dollars. However, the company’s adjusted net losses are expected to rise to $5.3 million despite higher revenue, according to financial data firm Refinitiv.

Statistics Canada will release its April monthly manufacturing survey on Tuesday. Manufacturers’ sales rose 2.5% to $70.2 billion in March, with gains driven by higher prices. March’s rise was led by petroleum and coal products despite lower volumes, while primary metals rose 6.5% to a high of $5.8 billion due to the higher prices for unwrought aluminum and aluminum alloys and hot-rolled iron or steel products.

The Canada Mortgage and Housing Corporation will release its April housing starts figures for Canada on Wednesday. The annual pace of housing starts eased in March from the previous month, as urban starts of apartments, condominiums and other types of multi-unit housing projects slowed. The seasonally adjusted housing starts rate stood at 246,243 units, compared to 250,246 in February. April’s results included about two weeks from when the Bank of Canada raised its key interest rate by half a percentage point, the most in more than 20 years.

Door-to-door sales in May:

The Canadian Real Estate Association reports on Wednesday the pace of home sales in May. Sales fell nearly 26% in April from record totals a year earlier as mortgage rates rose. Sales were down 12.6% from March. The May results came before the Bank of Canada approved a second consecutive half-percentage-point rate hike in June.

This report from The Canadian Press was first published on June 12, 2022.

Companies in this story: (TSX: ROOT)

How to retain and attract top talent