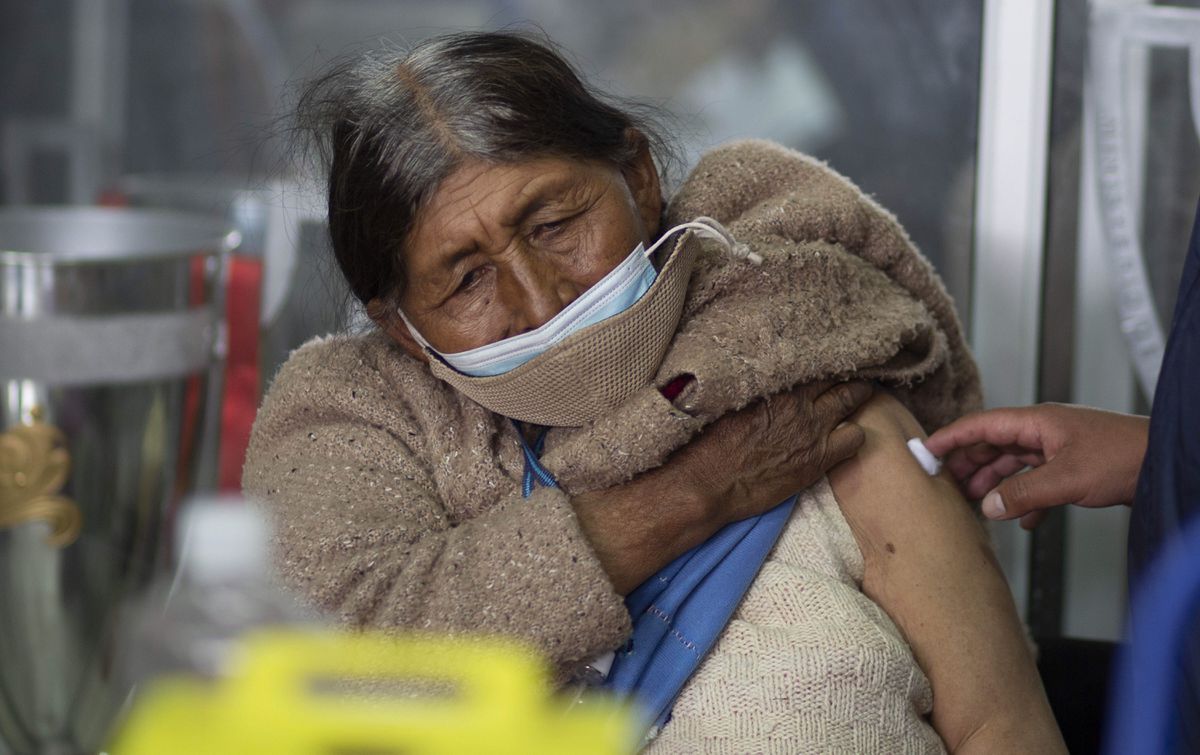 A senior World Trade Organization official welcomes the historic decision of the Bolivian government to seek a compulsory license for a Canadian company to produce and export COVID-19 vaccines without the authorization of the patent holder.

The deal, if approved by the Canadian government, would be a rare step to pave the way for expanded vaccine production with fewer patent restrictions at a time of severe shortages in low-income countries.

It also offers an alternative to a full waiver of vaccine patents â€“ an issue that has been debated at the WTO for the past seven months without resolution, in part due to a lack of support from governments like Canada.

The decision of the Bolivian government to seek a compulsory license for the Canadian company Biolyse Pharma is “a very welcome step and which could perhaps pave the way for other [WTO] members to use the system,” said Antony Taubman, director of the WTO’s intellectual property division, at the signing ceremony on Tuesday.

The move could make it easier for countries to â€œflag unmet needs and help expedite a response to those urgent medical needs,â€ he said.

With dwindling supplies, Bolivia has managed to give a first dose to less than 6% of its population so far. Under the new deal, he has an option to purchase 15 million doses of Johnson & Johnson vaccines from Biolyse for a price of US$3-4 per single dose â€“ a significant supply for the Bolivian population of around 11.5 million. The Canadian producer would pay a fixed royalty to Johnson & Johnson, despite the absence of an agreement between the two companies.

Bolivian Foreign Minister Rogelio Mayta said he expects a “complicated bureaucratic process” as his government and the Canadian company seek the license for the vaccine. But “life is what matters,” he said.

“The economy must serve life, not the other way around,” he said at the signing ceremony in La Paz.

â€œWe must come together to find ways to overcome the pandemic. We cannot be blind or silent to what is happening. We are sure that this marks the beginning of an important path.

Federal government officials have said companies such as Biolyse are too small to interest major COVID-19 vaccine makers.

â€œVaccine production is a complex process that depends on securing access to the necessary equipment, production inputs, technical expertise and know-how, as well as a range of other considerations. â€œsaid John Power, spokesman for FranÃ§ois-Philippe Champagne, the federal minister. of Innovation, Science and Industry, in response to questions from The Globe and Mail on Tuesday.

Biolyse, based in St. Catharines, Ontario, normally produces cancer drugs. It estimates it has the capacity to produce COVID-19 vaccines within six months if it gets approval. But when it approached Johnson & Johnson, the company said it wasn’t interested because it already had manufacturing partners in North America.

Biolyse says it has been trying to get the attention of the federal government and vaccine makers for a year without success, although it finally won a meeting with officials from four federal departments last month.

Compulsory licensing in Canada has only been permitted once before, in 2007, when the Canadian company Apotex was granted the right to manufacture anti-HIV drugs for export to Rwanda under Canada’s access to medicines (JSIS). It took Apotex four years to complete its first shipment, and he said the process was too cumbersome and bureaucratic for the company to use again.

Biolyse says he won’t be discouraged by the obstacles. â€œWe want to help end the pandemic and save lives in Bolivia,â€ company president Brigitte Kiecken said on Tuesday.

“Governments must take all steps to enable companies like ours to manufacture,” she said at the signing ceremony.

During WTO debates on a proposed COVID-19 patent waiver, Canada argued that existing laws such as CAMR should be sufficient to address any supply issues in low-income countries.

â€œIf Canada does not quickly authorize Bolivia to import vaccines manufactured by Biolyse under a compulsory license, it would directly contradict its own declarations at the WTO,â€ said a nonprofit group, Knowledge Ecology International. , which assisted Biolyse in its licensing efforts.

“Biolyse wants to participate in global efforts to end the pandemic, but their ability to help save lives in Bolivia depends on the actions of the Canadian government,” the group said in a statement.

The CAMR process and the WTO’s own compulsory licensing rules are a “procedural maze” with “a number of protectionist provisions”, he said.

Our Morning Update and Evening Update newsletters are compiled by Globe editors, giving you a concise summary of the day’s most important headlines. register today.

Canadian company says Manitoba won't give up vaccine, despite threat to leave the country