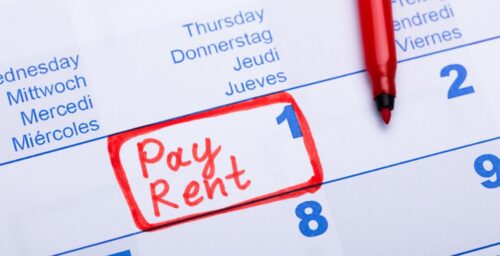 It’s a commonly used option for big-ticket purchases like electronics and is increasingly available on retail sites through apps like Afterpay, Klarna and Paybright.

If you can pay for an expensive pair of sneakers in four $30 installments, why can’t you do it with one of the most important payments you make each month: your rent?

Calgary-based company Zenbase is trying to change that by introducing a more flexible payment option for tenants.

“We help residents manage their household finances by allowing them to pay their rent in installments throughout the month and by providing cash advances when they need it most,” reads on the website.

Co-founder Koray Oztekin says the company sees itself more as a budgeting tool that helps people get a handle on the biggest expenses of the month.

“We’re helping people smooth out their cash flow instead of having to spend 40% of their income on the first of the month, and therefore not having a buffer between two paychecks,” he told the Daily Hive by phone. .

“Never pay your rent in full on the first of the month” is the company’s slogan.

The site says it recognizes that rent is usually due at the beginning of each month, but that schedule may not match most people’s semi-monthly pay cycle.

“We’ve corrected this misalignment and provided other financial tools to help level the playing field,” the company said.

So how does Zenbase hit that rent now, pay model later?

The company pays your rent directly to your landlord at the beginning of each month, so you can split the payment into two installments.

According to the site, users are required to pay the first installment by 12:00 MT on the third business day of every month.

Your second installment can be paid any day up to the 26th of each month. The site says it’s automatically withdrawn from your bank account via wire transfer.

If you want to sign up for Zenbase’s payment plan, you’ll need to do so by the 26th of the month if you want to split your rent payment next month.

Residents can only use the service if their landlord has a partnership with the platform.

Oztekin says Zenbase is currently available in Alberta, Saskatchewan, and Manitoba. The company aims to launch in British Columbia and Eastern Canada next year.

How much does the payment plan cost?

Zenbase has monthly membership fees based on your rent amount:

The site says the fee helps avoid costly overdrafts and late fees that can add up to more than $150 for just one late rent payment.

If you are able to pay your rent in full by the third business day of the month, you do not have to pay this fee. You can also cancel this payment plan at any time without penalty.

For this reason, Oztekin says many use the service as a lifeline, in case a resident needs more time to find enough funds to pay rent, or if they want to use their first paycheck from the months to invest in other things. .

Although Zenbase claims to be the first to offer this service in Canada, other companies have attempted to run this payment model.

“Short-term lending in a rising interest rate environment due to a period of inflation not seen in a generation has meant that our business model has been fundamentally challenged,” read a statement. . declaration on the site.

There are other businesses across the country tapping into this rent now, pay later model.

Padder, a Toronto-based company that helps landlords manage their properties, said it plans to launch a Canada-wide rent payment service next year.

Would you like to rent now and pay later?