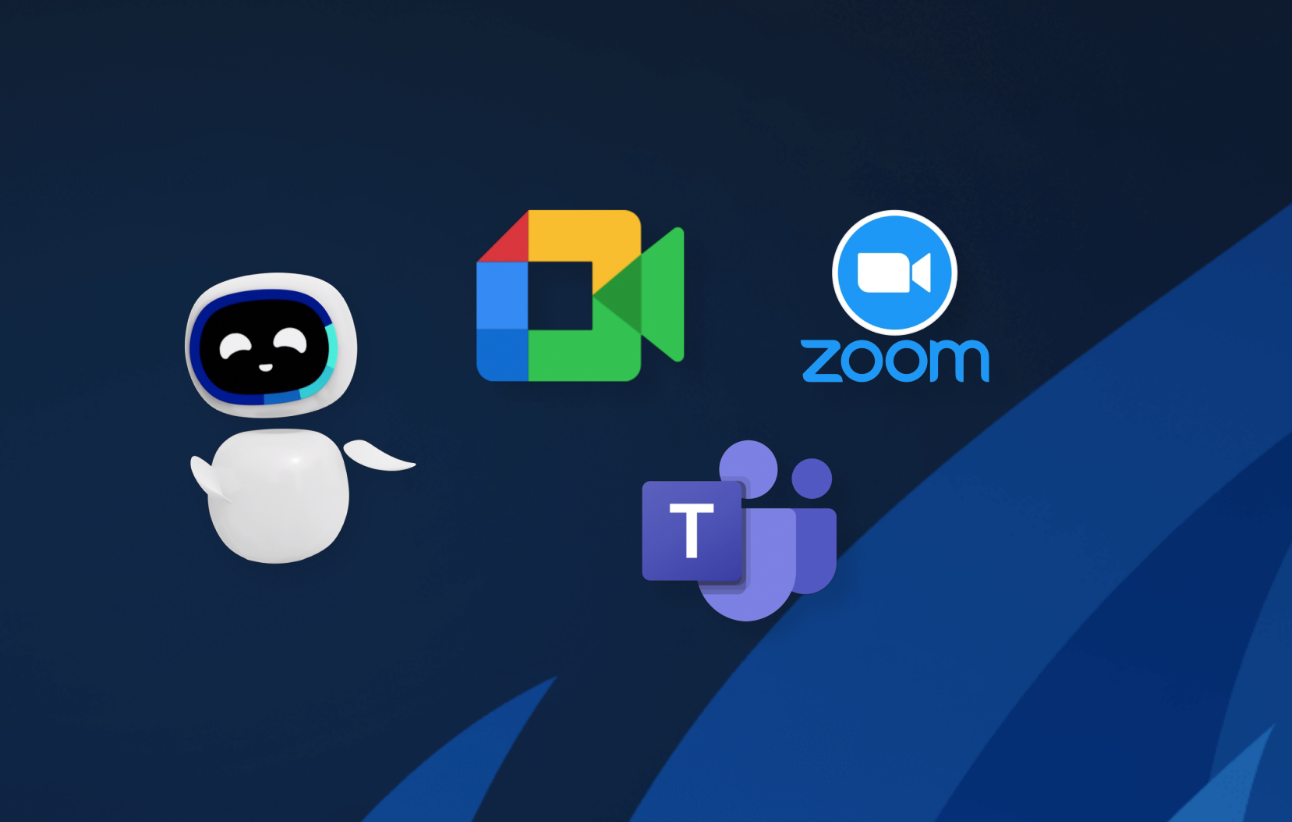 blue cap integrates with video conferencing platforms like Zoom and Google Meets. It acts as a meeting assistant and its basic features include automatic meeting transcripts, review videos, and concise meeting summaries. But what sets bluecap apart from other transcription platforms, the company said, is its meeting analytics capabilities.

“The real value of the overall product is the analysis it can do,” said CEO and co-founder Justin Hacker.

The platform allows users to view their own performance in meetings and how the meeting went in general for other participants.

When a user logs in for the first time, they receive an overview of everything they have done on the platform over the past week.

bluecap is able to track and display the general sentiment of a meeting, classifying the meeting as positive or negative. Moreover, it will also display data on the user’s performance in meetings throughout the day, letting him know his level of engagement.

For example, if at the end of the day bluecap data shows that the user’s meeting performance or attendance at other meetings has declined, this could be an indicator of low energy after working for a while. weather.

“It’s sort of an embodiment of the concept of meeting fatigue. I do a lot of long presentations, so if I have five meeting days, it’s probably doing this presentation five times in a row and you know, like my feeling is low and my attendance is as much as needed. And I kind of used it as a self-coaching tool,” Hacker said.

It uses context and emotion conversation data to create advanced performance and even sentiment analysis.

The AI ​​assistant is able to determine whether the meeting was negative or positive or average based on textual analysis of what was discussed, the language used in the meeting, the tone of voice and the participation, according to co-founder Fuad Miah.

According to Perreault, bluecap truly helps determine the success of a meeting.

“Data feedback sort of answers those hypothetical questions that come after a meeting,” he said.

With bluecap’s analytics capabilities, organizations are able to examine every detail of the meeting to assess the outcome, helping companies recover information they may have missed during a call.

“I was really shocked at how much we actually miss when you finished the call,” Perreault said.

He also notes that bluecap’s note-taking capability has been extremely helpful to the company, as the AI ​​generates meeting summaries and highlights important words that were spoken throughout the meeting.

bluecap in a hybrid working world

With bluecap’s analytics capabilities, the platform is a useful tool for the hybrid work environment that many companies are slowly moving towards.

Hacker said data from bluecap can show if staff are burning out due to long meetings, particularly if engagement is low, based on team metrics.

“When you know who’s in person and who’s not, you can apply those levels of data to that and say ‘okay, maybe that person feels isolated from the team, they’re not participating’ , said Hacker.

Companies will be able to see if their hybrid strategies are working based on post-meeting bluecap analysis, and can also use the platform to see what factors contributed to a productive meeting, Miah added.

For example, he said, if you see in a meeting that an employee has their camera on and is engaged just after breakfast in the morning, that could indicate that meetings at that time lead to higher productivity for that person.

Although this detailed analysis can be extremely useful and valuable for leaders trying to create the best culture and increase productivity rates in their company, there are security issues with so much information stored by the platform. .

However, bluecap has taken this into consideration.

“We have this trustless approach to security,” Miah said.

The company offers additional security measures for customers who want to protect their data even further. bluecap has a de-identification process, where personal information, such as birthdays or private numbers, is removed from the data compiled from this meeting. The company also offers the option of storing meeting data in a private cloud.

For example, it can be difficult to take thorough notes while trying to stay engaged and alert during a meeting, and the company’s technology helps simplify tasks like these.

“We’re taking additional steps for healthcare to make it a more tailored software solution for them and a more medical outcome-focused interaction,” Hacker said.

They also plan to add video analytics to the platform.

With this additional feature, the AI ​​assistant will be able to read users’ reactions and facial expressions if their cameras are turned on during the meeting, and then provide analysis of the meeting based on that.

“You don’t have to wade through pages of notes…being able to add assistive intelligence to do better, to engage better, to deepen relationships…That’s what bluecap,” Miah said.