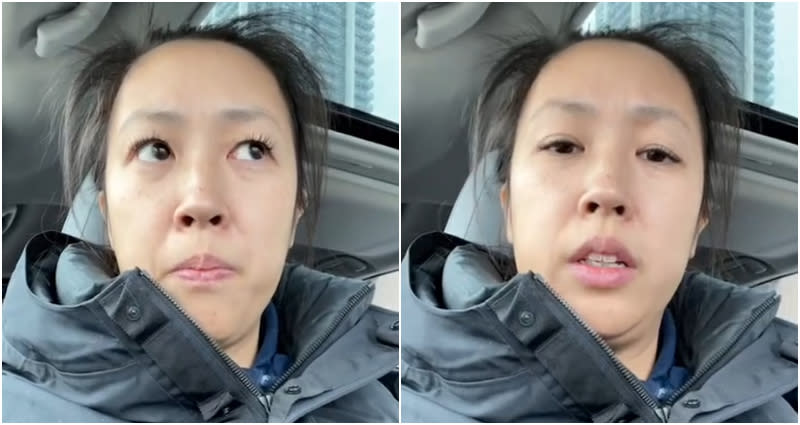 An outraged customer has taken to Instagram to demand an apology from Fabricland, Canada’s largest fabric store, after he allegedly overheard one of its employees make an anti-Asian remark.

Daphne Choi, who runs a sewing and greeting card business, said the incident happened at the Fabricland outlet in Vaughan, Ont., on Feb. 2. She remembers being near the cash register when she heard a white employee say: kill us all.

Choi, who is Chinese, said she turned around and made a face, prompting a South Asian cashier to intervene. But to her surprise, the employee reportedly replied, “Come on, let’s laugh about it.

“Let’s not,” Choi answered aloud. “It’s not funny, and you shouldn’t say that.”

Choi learned that the employee in question turned out to be an assistant manager. She identified her as “Cindy”.

After the encounter, Cindy reportedly disappeared in the back of the store. Choi asked to speak to a manager, but no one showed up.

“People kept getting cashed in while I was screaming around the store for about five minutes,” Choi recalled. “I expressed how angry I was, how inappropriate the situation was and demanded an apology or I would contact head office.”

Choi said she received no such apology. She was eventually forced to contact Fabricland head office, which is currently investigating the incident.

In an Instagram Publish, Choi went on to explain why the incident was offensive to her and why others should be offended as well. She stressed that tolerating such actions only normalizes racism.

She also pointed out that saying stupid things out loud at work is “just plain stupid”. An assistant manager, as an example to his employees, cannot simply “ignore your company’s code of conduct without consequence”.

Choi said blogTO that this was not the first racist incident she had experienced. However, it has been particularly powerful as anti-Asian hate crimes continue to rise in North America.

“It’s not the first time, but it’s probably the time I was the most angry about it,” Choi told the outlet. She demanded a written and verbal apology from Cindy, as well as some form of donation to a Chinese nonprofit or other group dedicated to meeting the needs of minorities.

Fabricland Ontario released a statement in response to the incident, saying they are now in direct communication with Choi.

“We understand the importance of cultural sensitivity and have a strong tradition of diversity, inclusion, respect and tolerance. We will focus on upholding these values ​​and continue to build and improve on this foundation,” the company said. “Fabricland has zero tolerance for racism and discrimination.”

In a follow-up declarationthe company apologized:

“Fabricland deeply apologizes for the fact that one of our employees made clearly racist, and more particularly anti-Asian comments. Fabricland condemns anti-Asian racism and all racism and we have been very consistent in our fight against the racism, bigotry and intolerance.