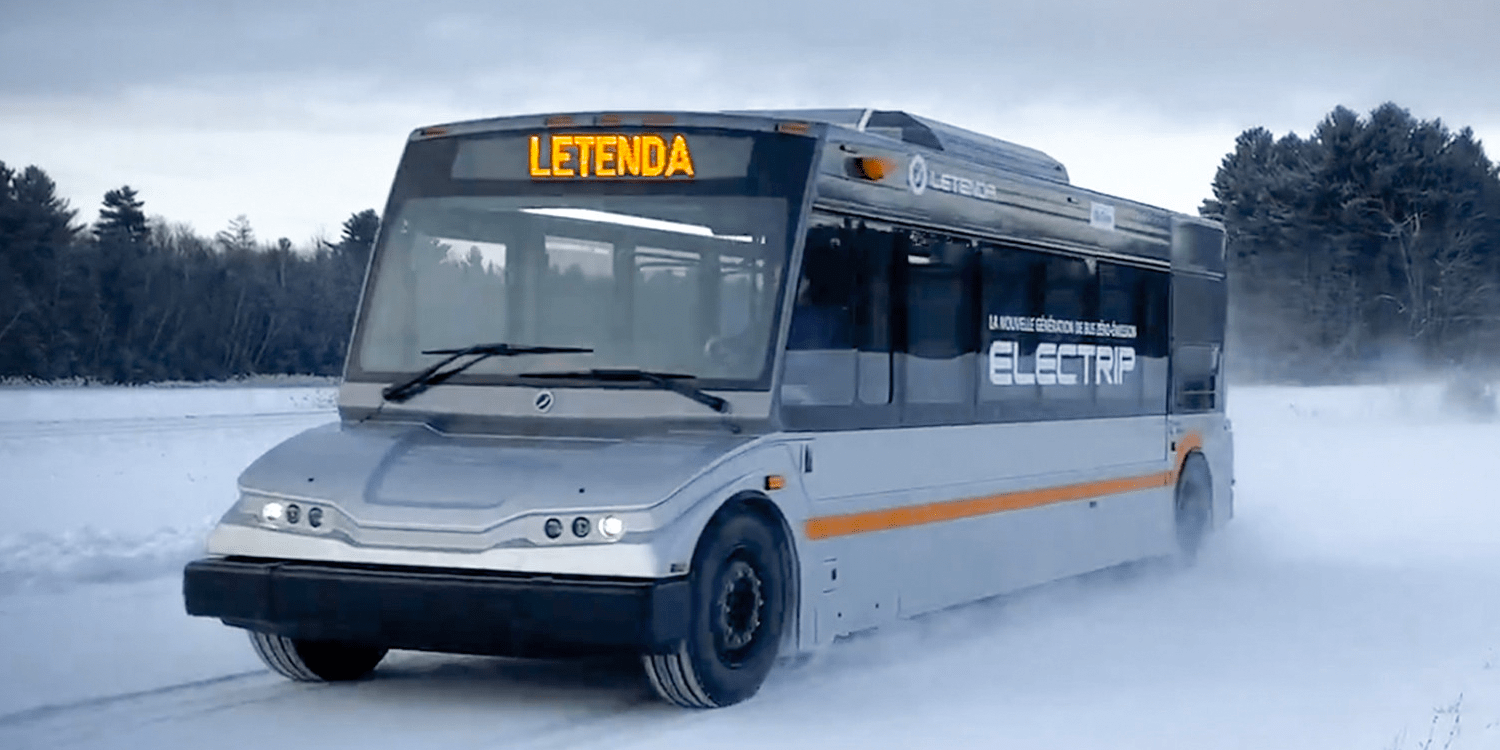 Canadian bus manufacturer Letenda has unveiled a new generation of electric buses designed specifically for cold weather. The first model to arrive will be a midibus called Electrip, which is made for the city.

The Electrip is around nine meters long and, according to Letenda, will offer space for up to 45 passengers, including 24 seats and up to six wheelchairs. The manufacturer evokes a “geometry redesigned to offer unparalleled comfort and handling”. In addition, thanks to a modular aluminum body, the Electrip is very light, which contributes to its efficiency.

Cummins will supply the electric motor and batteries and install three batteries in the buses with a total capacity of 222 kWh. On the Letenda website, the claimed battery capacity is 222 kWh at 296 – so apparently a fourth battery is offered as an option. The battery cells use NMC chemistry and can charge up to 150kW.

In addition to the batteries, the powertrain control, drivetrain, power electronics, charging control and connectivity systems also come from Cummins. Additionally, the company’s cooperation with Letenda will expand, as Letenda intends to offer the electric bus across Canada and the United States.

Nicolas Letendre, Chairman and CEO of Letenda, targets other characteristics in his statements. “The Electrip is perfectly suited to transport companies wishing to reduce their environmental impact and optimize their operations while moving towards sustainable mobility”, specifies Letendre. “Our product is complementary to the existing offer of electric vehicles for mass transit due to its size and innovative design.”