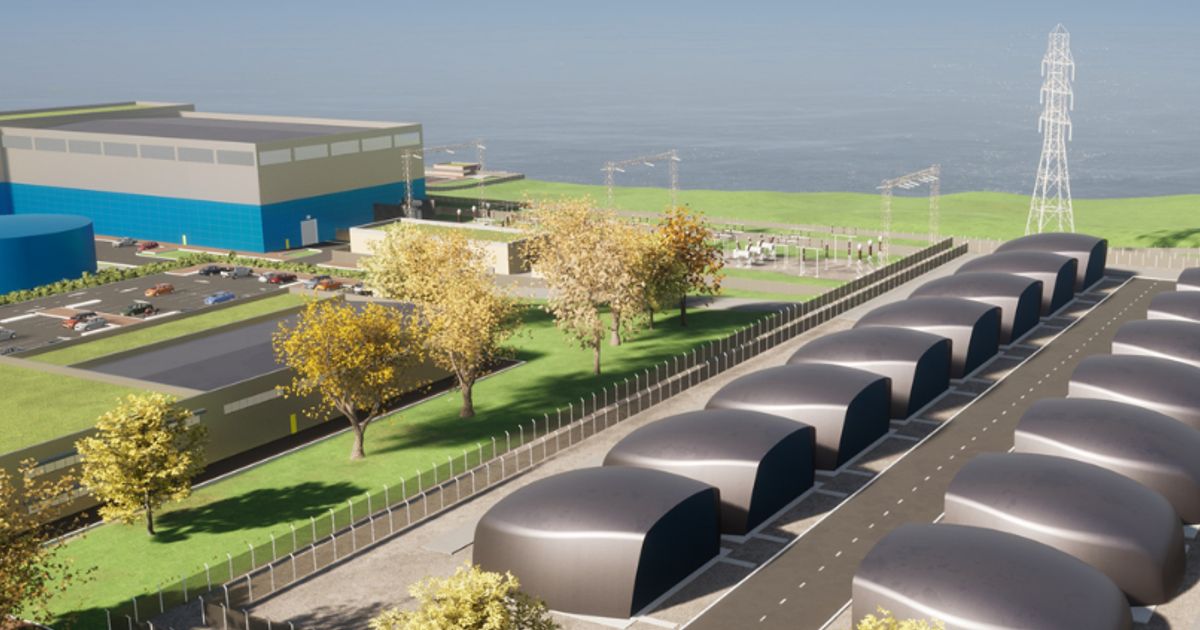 British-Canadian company Moltex Energy has launched what it says is a salt-fired nuclear fission reactor, with the aim of protecting consumers from rising energy bills, without harming the environment and without using fuels fossils.

FLEX technology has the flexibility of gas-fired power plants but generates electricity at a cheaper price and without emitting carbon, the company said as it seeks to raise Series A funding for further development.

Its scientists have made a nuclear reactor that uses “molten salt technology” in an unprecedented way, while being simple in its design and operation.

This is achieved through a patented system that uses two molten salts, one acting as fuel and the other circulating as coolant.

It then allows heat to be extracted from the FLEX reactor by natural convection, without the need for pumps, said the Warrington and New Brunswick-based company, which operates as MoltexFlex in the UK.

The reactor has the ability to respond to changes in power demand – quickly returning to full power or entering a low activity state – making it the perfect companion to wind or solar.

“We recognized the need for an energy supply that can sustain renewables when the sun isn’t shining or the wind isn’t blowing. With the FLEX reactor, we have a solution for consumers and countries,” commented David Landon, Managing Director.

Moltex said it would take two years to build a 500 megawatt power station, while the cost of electricity generated by the reactor is similar to that of wind – around £40 per megawatt hour.

Each reactor can power up to 40,000 homes and is the size of a two-story house.

The company added that its small footprint and short construction time make it ideal for meeting changing energy needs, which is widely expected over the next decade.

In total, Moltex Energy has so far raised investments of around £14m, the majority at the latest valuation of around £120m.

In 2019, he raised £6 million through crowdfunding platform Shadow Foundr, nearly half of which was contributed by around 170 investors in the world’s first nuclear fission crowdfunding campaign.

Last year, he received C$50.5 million from the Government of Canada’s Strategic Innovation Fund (SIF) and the Atlantic Canada Opportunities Agency (ACOA) and opened a new lab in Birchwood, near Warrington, in the North West of England, in 2021.

The investment supported the development of two complementary but, in market terms, distinct nuclear technologies.

The worldwide rights to these two technologies have now been transferred to two subsidiaries, Moltex Energy Canada Inc and UK-based MoltexFLEX Ltd, for further development.

Both subsidiaries have now launched their separate Round A funding processes seeking investment to take their respective businesses to the next level.

The investors in Moltex Energy Ltd are a mix of high net worth individuals, a European company with energy interests and IDOM, a global nuclear engineering company headquartered in Spain.

In addition to investment from Moltex Energy Ltd, Moltex Energy Canada has received major support from Canadian nuclear operator NB Power and Canadian federal and provincial governments totaling approximately C$60 million, plus approximately US$7 million from US Department of Energy.

It has signed a strategic alliance with SNC Lavalin, a global engineering company with extensive nuclear expertise headquartered in Canada.

The newly formed MoltexFLEX ltd is in an earlier stage of development, but seeks to replicate the success of Moltex Energy Canada Inc by establishing strong government and institutional support for its new venture.