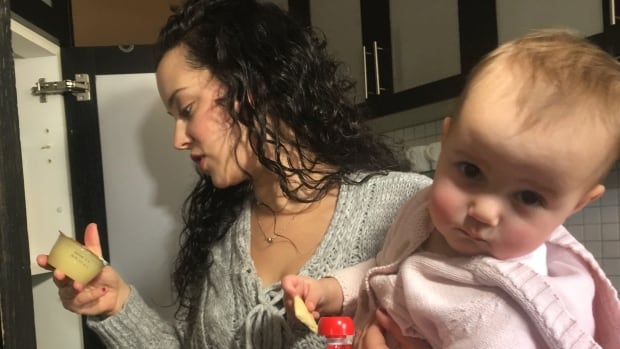 Two-thirds of the foods and drinks tested by a group of Ontario researchers, including baby foods and products marketed as healthy, contain added sugar.

Researchers, from Public Health Ontario and the University of Waterloo, examined the ingredients of 40,829 products sold in March 2015 at a national grocery store.

In a study published in the Thursday issue of CMAJ Open, Erin Hobin and her team researched 30 different terms for added sugar, ranging from sugar and dextrose, to high fructose corn syrup, glucose, fructose and fruit juice concentrate.

Dietitians say added sugars are of concern because they tend to be consumed in much larger amounts than the natural sugars found in foods such as bananas or milk.

Added sugars are a sign of increased food processing, which has implications for health, including weight gain and high blood pressure. The World Health Organization and Heart & Stroke now recommend that people limit their sugar intake to no more than 10% of total calories, or about 12 teaspoons per day

â€œIt’s really tricky,â€ Hobin said in an interview. “You absolutely have to know what you’re looking for when going through the ingredient list, and you really have to be a sleuth and take your time.”

Added sugars are defined as all sugars added to foods by the manufacturer as well as sugars naturally present in honey, syrups and fruit juices.

Examples of names for sugar include fruit juice concentrate, dextrose, and high fructose corn syrup. For more information, see “Sugar is on the food label, but …”

Products that you suspect to have the most added sugar, such as candy or chocolate, have the highest sugar content.

“What we also found was that some of the products marketed as healthy also frequently contained added sugar. So that included breakfast cereals, granola bars and lots of juices,” he said. Hobin said.

Sarah Nowak of Toronto is the mother of three daughters aged six, three and 18 months.

When whole fruits and vegetables are processed, nutrients are removed, Hobin explained.

“All you have left is the fruit juice concentrate which is used as a sweetener, so it goes back into the products to sweeten the product.”

Almost half of all infant formulas and baby foods studied also included added sugars in their ingredients.

Nowak said she wanted the labels to be more transparent. â€œIt makes me feel a bit cheated,â€ she said.

Researchers suspected that much of the products on grocery store shelves contained added sugar, but there was little empirical data. Now they have a snapshot.

Some evidence suggests that if you feed sweet foods to young children, their palates adjust and they become more attracted to it in the future, said Bill Jeffery, executive director of the Center for Health Sciences and Law at. Ottawa. “It can be cultivating a lifelong market.”

If food labels said the products were not very healthy, sales would go down.

â€œThey have a vested interest in making sure that nutrition labeling is as unnecessary as possible, to be frank,â€ Jeffery said.

In December, Health Canada announced changes related to the ingredient list and the Nutrition Facts table – the information boxes on the back of food products.

The federal government will not require labeling of added sugars.

When asked why, a spokesperson for the department said, â€œAdded sugars are ingredients that manufacturers add to their products and that must be declared in the ingredient list.

Health Canada requires manufacturers to group all added sugars in the ingredient list.

Food & Consumer Products of Canada, an industry association, did not immediately respond to requests for comment from CBC News.

The analysis did not include fresh fruits or vegetables, fresh meat, raw ingredients (water, baking ingredients, coffee, tea, fats and oils, etc.) and non-food items (such as health products natural or nutritional and protein supplements).

What bad sugars are hidden in the heart of this snack?

The hidden added sugar is the culprit, while the natural sweetness isn’t that bad. This report helps you make the healthy choice 2:14

A home away from home for Canadian entrepreneurs in the Valley