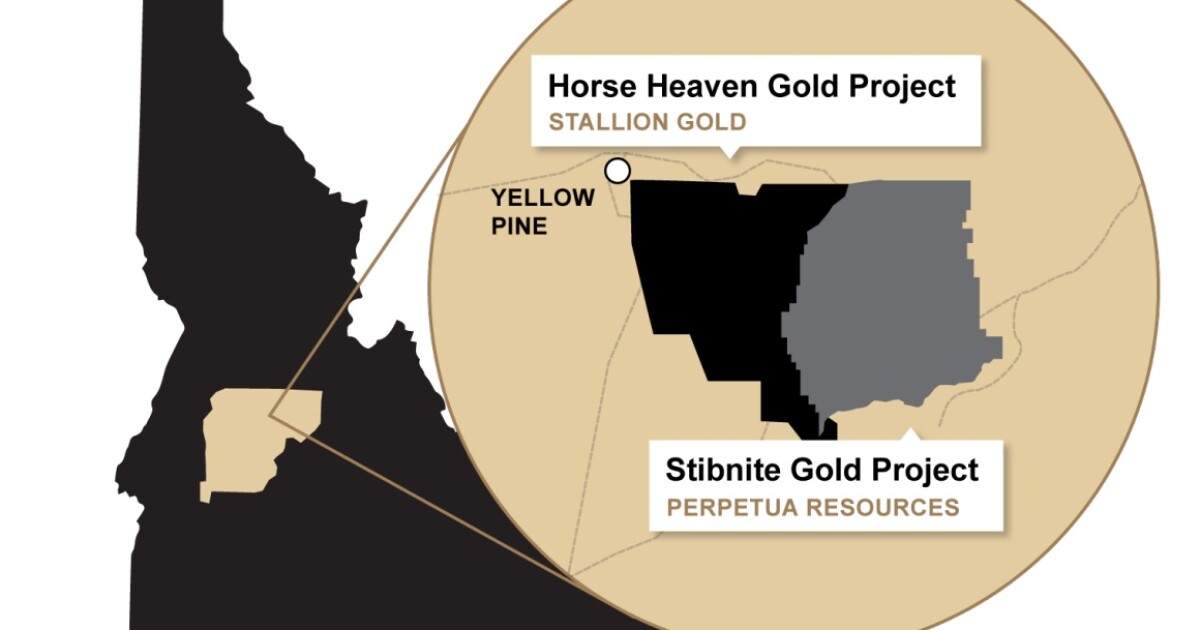 Based in Vancouver, BC Gold Standard began exploratory geological work in the mountains of Idaho between Yellow Pine and the Stibnite mine site, with the goal of determining how much gold and antimony might be in the ground.

The group says it holds 695 mining claims for a 5,644-hectare area of ​​Valley County it calls Horse Heaven.

“[The Forest Service] basically going to try to figure out what kind of impacts it would create and whether or not they would be negative,” he said.

“We’ve taken them out of these old mining roads onto more of the main road,” Wells explained. “So there’s less surface disturbance.” He said some proposed drill sites had been moved due to rockslide risk and Stallion Gold had agreed to capture and reuse much of the water during the drilling process and dispose of waste material. off-site drilling.

“In my view, the impacts have been significantly reduced,” Wells said. “I think it’s a much better project now, just because we’ve worked hard to minimize those impacts.”

The Forest Service does not have a timeline for its decision on the exploratory drilling permit.

“This particular project is going to come under scrutiny from a variety of different specialists,” Wells said. “And I think Stallion Gold and the Forest Service both want to make sure they don’t create environmental problems.”

In Press Releases, Stallion Gold says geological and historical analysis of the area is continuing. Maps of the region of investor documents show priority zones very close to the Yellow Pine community, along the Golden Gate Fault Zone where historical drilling has indicated a likelihood of above normal gold deposits.

The company, which did not respond to requests for comment, positions the proximity of its concession area to the Stibnite site, managed by the Canadian company Perpetua Resources (formerly Midas Gold), as an advantage for investors.

Wells says it’s far too early to tell if any exploration will lead to demand for mining activity.

“Most exploration projects don’t reach a mine.”