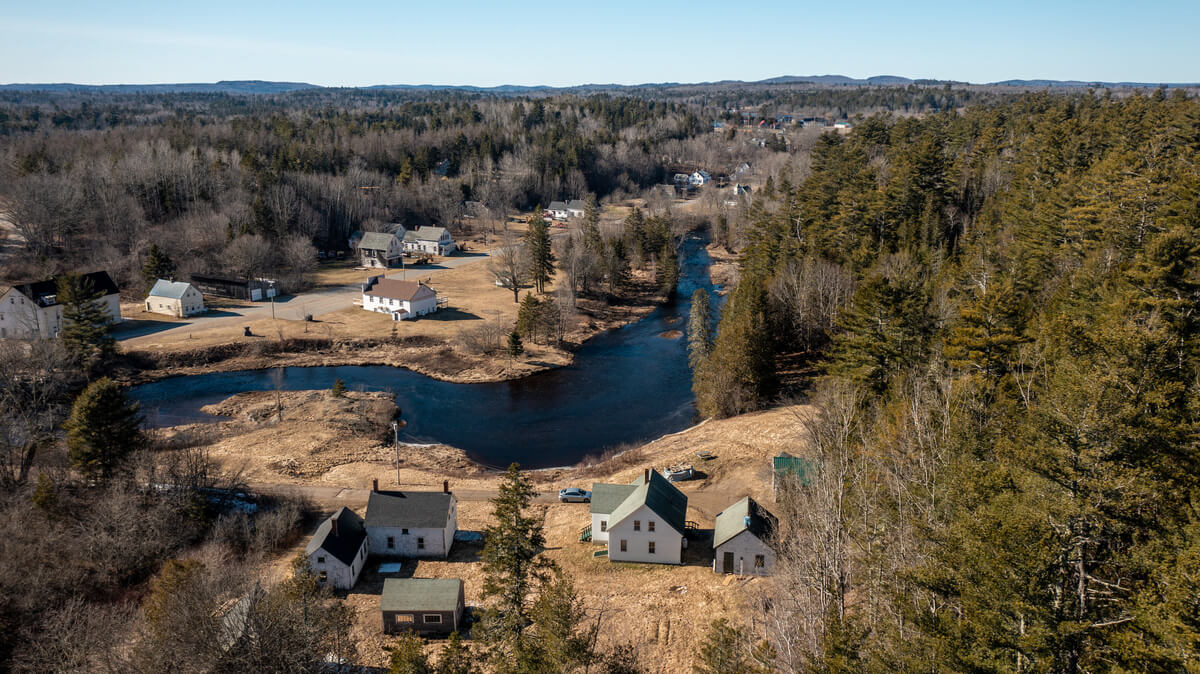 Pembroke voters could ban large-scale metal mining next month in a bid to halt a Canadian company’s exploration of a silver mine in the small Washington County town.

Concerned about the damage a mine could cause to the water quality of the area, the Friends of Cobscook Bay collected signatures for a citizens’ initiative to ban industrial metallic mineral mining.

This is the latest in a story of opposition to metal mining in Maine. In 2017, dozens of people testified in Augusta against controversial large-scale mining rules. And just last year, opposition arose to the metal mining project in the Katahdin region.

A vote on the proposed ordinance will take place at a special town meeting on May 4 and comes as Wolfden Resources explores the potential to mine silver and other metals in an area of ​​town known as Big Hill.

Concerns boil down to the impact of metal mining on the environment. Pembroke, which depends on groundwater and an aquifer for its drinking water, also relies heavily on its wetlands, lakes, ponds, streams and rivers for recreation and jobs, according to the citizens’ group.

“The pollution of our groundwater affects the entire bay,” the group wrote in a letter to city officials in the fall. “Metallic mineral mining threatens the quality of these economic, recreational and environmental resources and the people who depend on them.”

The Passamaquoddy tribe in Sipayik also come out against mining in the regionsaying the public benefits are murky but the risks to drinking water are “obvious and immense”.

One of the biggest fears is the possibility of sulfuric acid leaching into the ground and contaminating local waters. Metal mining can expose sulfide deposits to air or water, forming acid. If the acid gets into the ground or into the water, it can be difficult to mitigate or remove, according to a geologist report commissioned by the Pembroke Clean Water Committee, another pro-ordinance group. .

“The idea of ​​industrial-scale mining landing in the middle of this community raised all sorts of concerns,” said Agnieszka Dixon, a lawyer who helped draft the draft ordinance.

Wolfden Resources, which has yet to successfully operate a mine, did not respond to a request for comment this week. The company’s 463-acre area dubbed “Big Silver” has been sporadically searched for mining since the 1960s and has had limited mining for lead and zinc dating back to the late 1800s. the the company said it was encouraged by the results of the fall and winter exploratory drilling and hoped to do more.

“Our goal is to discover and delineate an underground resource of 20 million tonnes or more, which appears achievable with this type of mineralized system,” said Don Dudek, vice president of exploration at the time.

There are currently no licensed metallic mineral mining sites in Maine.

Wolfden has submitted work plans for drilling and surveys at the Pembroke site and does not need a permit from the Maine Department of Environmental Protection because the long test pits and trenches were kept at a certain size.

Even if the ban doesn’t pass and Wolfden decides to pursue a full-scale mine, it will likely take several years.

To operate a mine, the company would need to apply for a permit from the DEP and provide two years of environmental monitoring data. Before that, Wolfden would likely want to do more advanced exploration of the site, which could also trigger a permitting and monitoring process, said DEP mining coordinator Michael Clark.

The state passed stricter mining regulations in 2017, and Wolfden is the first company to explore and develop projects under the new laws. But the drinking water committee prefers not to take any risks when it comes to water.

“As a city, we have the right to regulate land use within our municipality,” said Severine Fleming, one of the committee leaders. “We need to make sure everyone understands this historic moment and gets out there and votes.”

Wolfden previously proposed another mining operation in northern Penobscot County that caught the attention of environmental organizations, but the company later withdrew its rezoning application last year to the Planning Commission. of Maine.