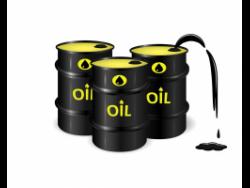 “Early results from the Kawa-1 well are positive and reinforce CGX and Frontera’s belief in the potentially transformative opportunity that our investments and interests in Guyana present for our businesses and the country,” said Gabriel de Alba, President of Frontera and co-chairman of CGX, said in a statement.

“The results from Kawa-1 add to the growing success story taking place offshore Guyana as the country emerges as a global oil and gas exploration hotspot,” he said. “On behalf of the joint venture, I would like to thank the Government of Guyana for its longstanding support as we worked together to achieve this successful outcome,” he added.

The Kawa-1 well encountered approximately 177 feet (54 meters) of hydrocarbon-bearing reservoirs, based on initial assessment of LWD data or logging while drilling.

“The well also encountered hydrocarbon-bearing sands in deeper strata (Coniacian or older), which will also be analyzed and may become the target of future appraisal opportunities,” CGX said.

“The net compensation and fluid properties of hydrocarbons in shallow and deep reservoirs will now be confirmed by electric wireline logging and fluid sampling, with results to be released as soon as possible.”

The company said the Kawa-1 well was drilled to a depth of 21,578 feet (6,578 meters) and targeted the easternmost Campanian and Santonian channel/lobe on the northern part of the Corentyne block.

CGX expects to complete the well assay by the end of February and announce costs and results thereafter. It is currently seeking additional funding to meet the costs of the longer-than-expected drilling program.

The Canadian company has been chasing oil for 20 years.

“The results from the Kawa-1 well represent a positive step in CGX’s journey as a pioneer in oil and gas exploration in the Guyana Basin,” said CGX Executive Co-Chairman Professor Suresh Narine.

“Together with our partner Frontera, CGX looks forward to continuing its socially and environmentally responsible approach to the development of Guyana’s oil and gas industry and port infrastructure. We are proud of our long partnership with the government and people of Guyana, and our reputation as Guyana’s indigenous oil company,” Narine said.

The company then plans to develop a second exploration well, called Wei-1, in the northwest part of the Corentyne block during the second half of 2022, using the Maersk Discoverer semi-submersible mobile drilling rig.