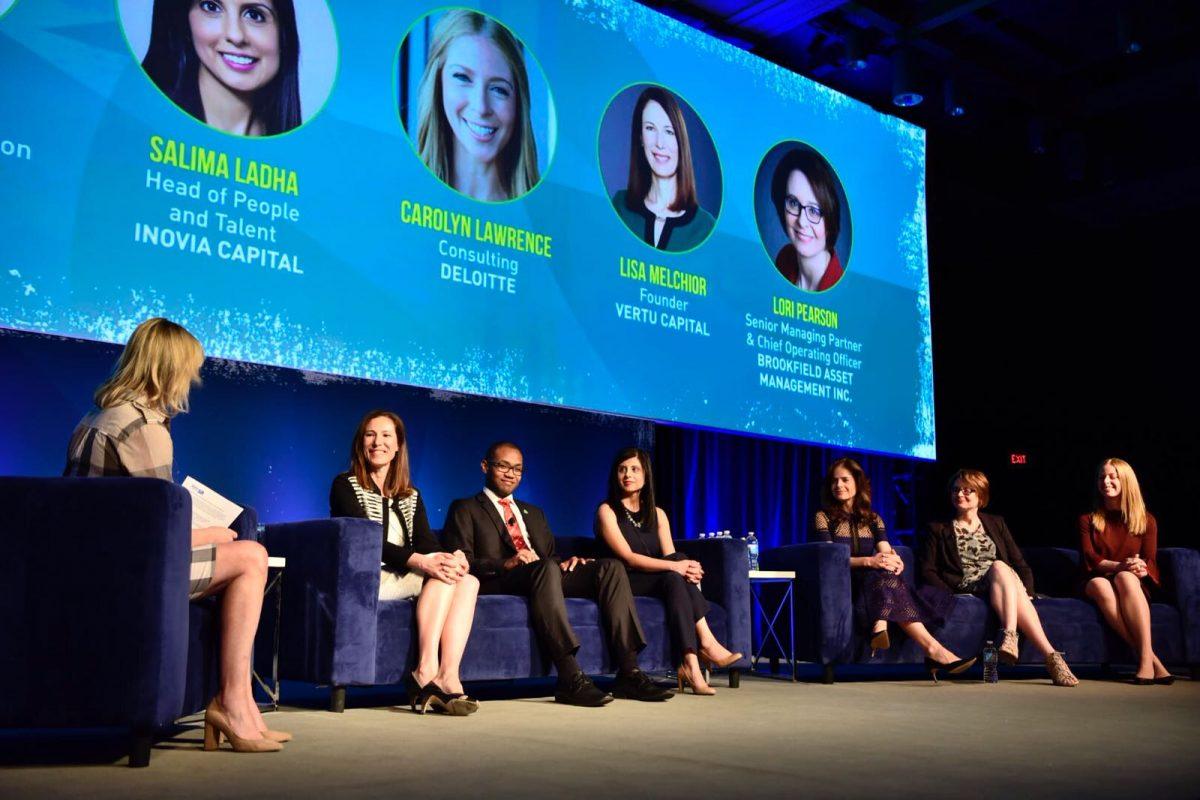 As an entrepreneur and investor, I really enjoy discovering the countries and cities around the world that are driving the startup economy forward. It is no secret that I am particularly impressed with what is happening in Canada. In fact, I recently attended Invest Canada 2018, which is established as the country’s premier private equity and venture capital conference. This was my first time going to this annual conference and my admiration for Canadian support for entrepreneurs only grew from my experience there.

I found myself embroiled in the who’s who of the Canadian investment and startup scene. The opening speech was delivered by Stephen harper, former Prime Minister of Canada. He touched on international trade, the advancement of Canadian businesses and how the country can capitalize on advancing technology.

A number of exciting concepts were discussed during the multi-day conference, but the main conclusion I took is that Canadian entrepreneurs are changing the country’s economy in three ways:

1. They actively seek out the next big industries while innovating in traditional sectors.

2. They build their own innovation economy in their own way.

3. They unite to eliminate discrimination and create a level playing field for all entrepreneurs.

The energy industries, particularly the oil and gas, and the automotive industries have always been pillars of the Canadian economy. They currently represent about 50 percent of Canada’s GDP. While some might argue that there will always be a market for oil / gas and automobiles, new technological advancements are starting to limit the life expectancy of these traditional industries. Peter Tertzakian, chief energy economist and managing director of ARC Financial Corp, delivered a speech on the same topic. He believed the petroleum and auto sectors would continue to play a major role in the country’s economy, but acknowledged that innovation historically alters or entirely replaces traditional industries.

His message was supported by some of the other conference speakers who introduced the rapidly growing tech industry and talked about the growing importance of entrepreneurship. A recent report from a Canadian software and data company, Hockey stick, revealed that there are more than 500 governance programs in Canada encouraging entrepreneurs to start new businesses. As a result, nearly 10,000 start-ups in Canada are creating new solutions for emerging industries, including financial services, healthcare, information technology and business.

While Canada’s traditional bread and butter won’t change drastically overnight, the country is ready to do what it needs if – and when – that change happens. One of the main reasons for this is that Canada is investing in its own innovation economy. It builds a magical chain of innovation through the hard work of existing entrepreneurs and the education and inspiration of the next generation.

Not only are Canadian entrepreneurs working as hard, if not harder, than their counterparts in Silicon Valley or New York, but the sheer number of entrepreneurs is also increasing. The typical workday is just one example of the work they do. In the 20 years that I have worked with Canadian entrepreneurs in Vancouver, Toronto, Montreal and Ottawa, I have seen them go from a 9 to 5 day to engage 24/7 in their work. .

The other cornerstone of Canada’s innovation economy is the education of future entrepreneurs. Universities are no longer content to train students for big corporate jobs. They prepare them to develop new ideas and start new businesses. Government grant-funded incubators at each university are responsible for inspiring students to start creating and inventing. There are over 200 incubators across the country helping entrepreneurs build the foundation for their dreams. So the cycle has begun: going to school to learn STEM, come up with an idea, get help incubating, and building viable businesses that hire other innovators.

The third driving force for change in Canada is the cooperation of entrepreneurs to create a level playing field for all. This was the subject of the last day of the conference. The morning of passionate discussions and great speakers, moderated by Whitney rockley, Co-Founder and Managing Partner of McRock Capital (https://www.mcrockcapital.com/team.html) focused on diversity and inclusion. Four Canadian Olympic medalists looked at how to overcome prejudice and discrimination using international sports as an example. In this area, color, beliefs, religion, gender and sexual orientation are not taken into account in the team. The result is incredibly diverse teams that produce exceptional results. They applied their lessons to the Canadian financial industry, which continues to struggle with diversity and inclusion.

One thing that stood out to me was that women from all walks of life, from large companies to small and medium-sized businesses, were calling for more equality and respect with one voice. Rather than point fingers, however, they talked about solutions. One of their solutions was to include white men in the conversation. Without that element, they said any solution would be more academic. I believe there are big changes on the horizon for the Canadian entrepreneurial community that will lead to a level playing field for everyone. Canadian women are working hard and are determined to make this change. Given the size of the Canadian economy and its multicultural society, I believe they will be successful.

The conference ended too quickly, but I learned a lot about how Canadian entrepreneurs are changing the country’s economy. Their ability to work together to stimulate new industries, the next generation of entrepreneurs, women and minorities is impressive. It is something that we can all seek to inspire us.

Legalized marijuana offers the opportunity of a lifetime for Canadian entrepreneurs